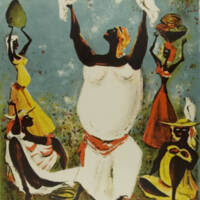 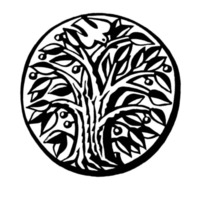 Ade Bethune: Symbols of the Spirit

Ade Bethune's narrative is an indispensable chapter of our cultural history. As an artist, writer, and liturgical consultant, she made significant contributions to sacred art and architecture as well as social justice spanning over a half-century. This collection embodies Ade Bethune’s Symbols of the Spirit article, which was previously published in the Catholic Art Quarterly in 1954. The exhibition contains two manuscripts of the article and explores the different symbols Sister Ade uses to represent Spirit, the third aspect of the Holy Trinity.

Sister Ade's leadership and vast collections of works make her an important figure in twentieth-century American liturgical art. Starting in 1984 until the time of her death in 2002, many of her papers and artwork were donated to St. Catherine University in St. Paul, Minnesota. The full collection occupies some 400 linear feet consisting of manuscript and printed materials, as well as 75 cubic feet of nontextual materials (graphic, sound, and artifacts).